Adventures on the Pioneer Woman’s Ranch 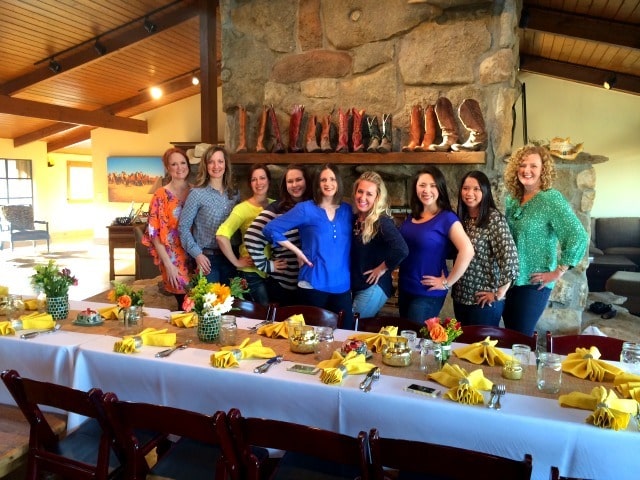 Wow, that was awkward. I promise to never say that again, but it felt appropriate for today’s post.

If you follow me on Instagram or other social media, you know that earlier this week I trekked out to The Pioneer Woman‘s ranch in Oklahoma with blogging friends and Land O’Lakes. It was such an awesome experience to spend time with food and butter-loving friends and be immersed in ranch life, which is definitely not something I’m used to.

To give you an idea, it took me two flights to get to the Tulsa airport, then we drove another two hours to get to Ree’s ranch, so it’s definitely remote. In the car, all I could say is “WOWWWW…” and stare at all the open land while the rest of the girls laughed at me. Yes, a little part of me inside was alarmed about being so far away from everything. 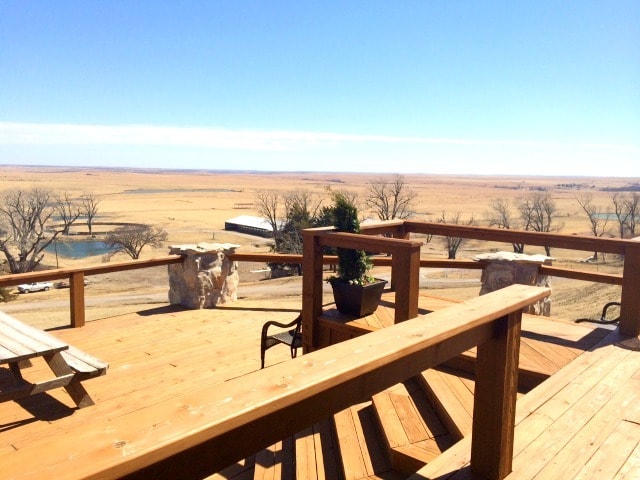 But as we drove further and got closer and closer to Ree’s ranch, I felt a calmness and peace come over me. I know, so corny to say, but I’m dead serious. It happened against my own will. The ranch is absolutely beautiful and so peaceful, and I want to go back!

To kick off the trip, we had breakfast at the lodge, featuring some of the recipes that Ree, Julie, Brenda, Jenny, Maria, Bridget, Sommer, Jessica and I will be sharing with you tomorrow. 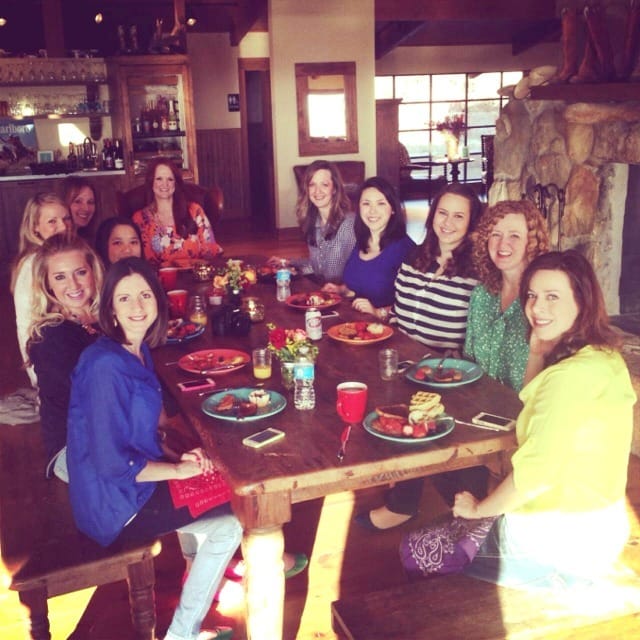 Then we all divided into teams of two and went head-to-head in a Chopped-style competition. We randomly drew two ingredients out of a hat and had to create a dish in thirty minutes with those two ingredients plus Land O’Lakes butter with canola oil.

Here Maria and I put on our smiles despite the fact that we have no idea what we’re going to make with cauliflower and bitters. AHHHH. 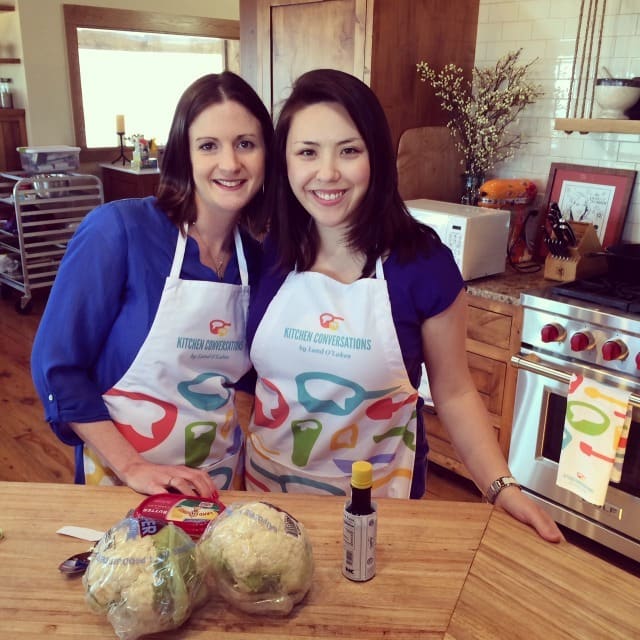 But, we got some inspiration from Ree’s amazing pantry: 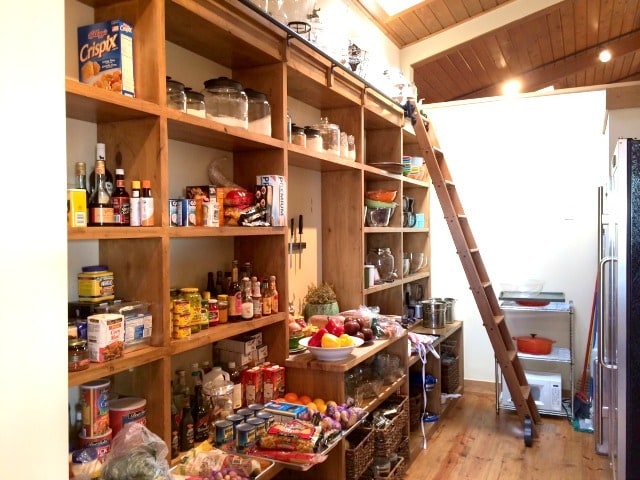 And we ended up grilling chicken thighs with a marinade that included bitters, and roasted the cauliflower with garlic and butter. It actually came out well!

After lunch we went out for a tour of the ranch, led by Ree: 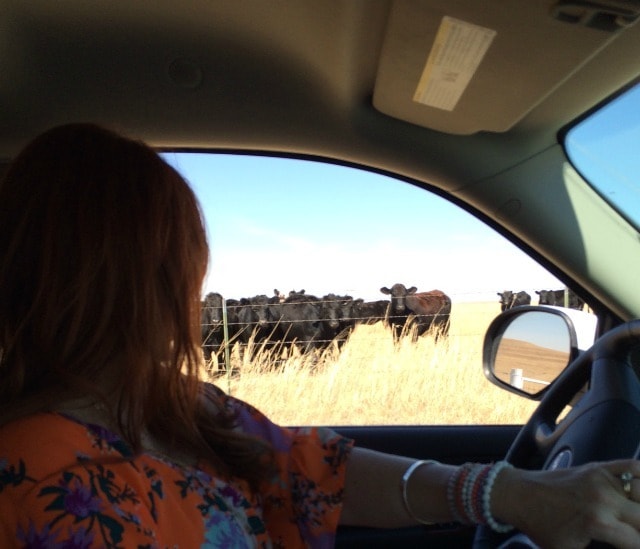 She drove us around while we took pictures of cows: 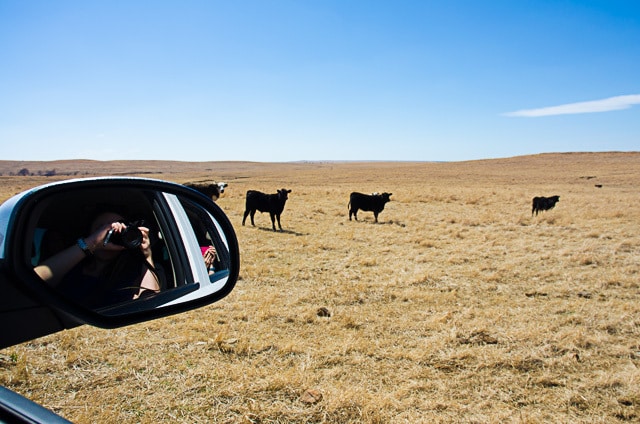 And she even let us stop for pictures with said cows. Here I am, posing awkwardly with the cows (how does one pose with cows?!) 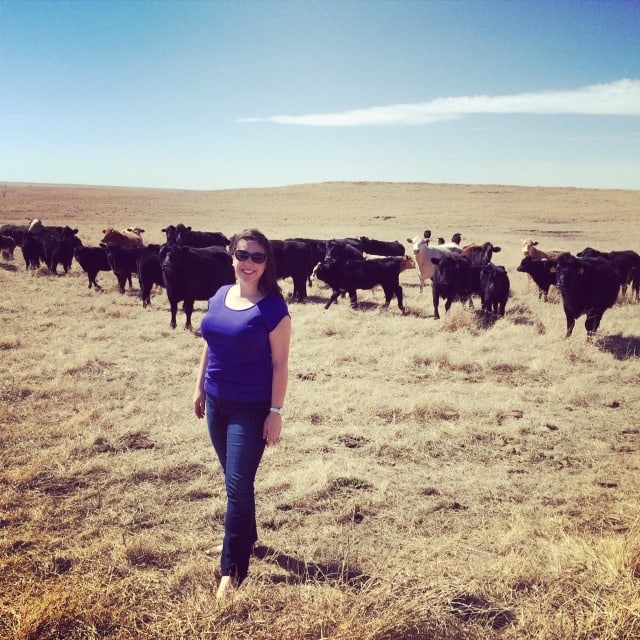 Then Ree got out and walked oh so gracefully toward the herd: 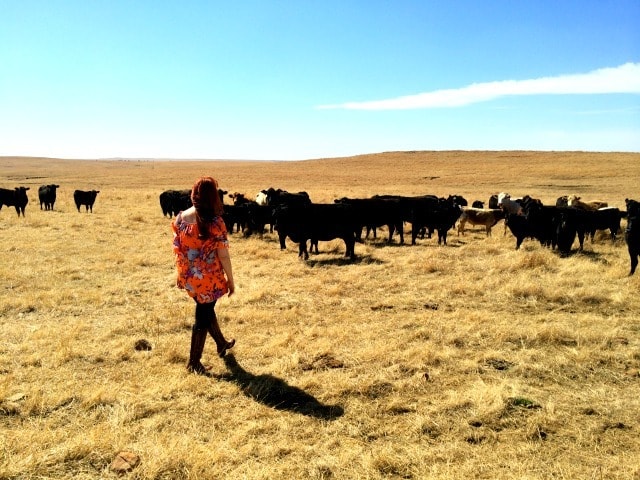 Then she sat down on the grass and all her precious cows walked over. They like her. I can tell. 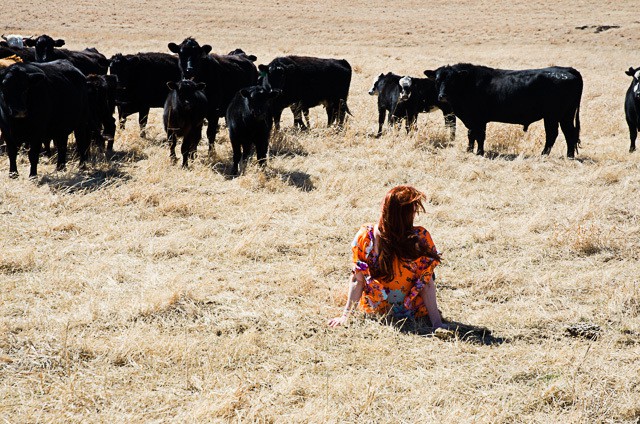 Then we came across this part of the road: 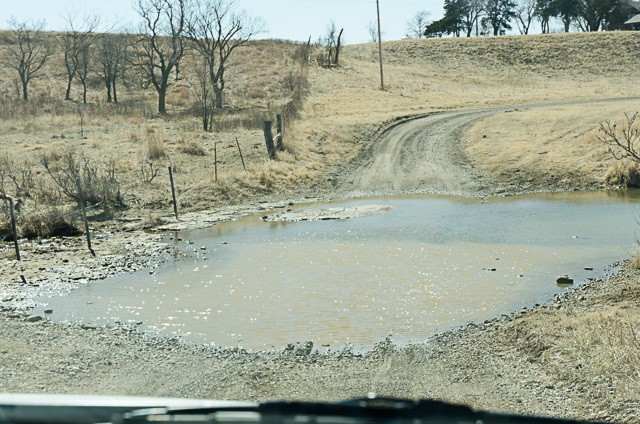 And Ree drove over it like it was nothing, while I freaked out inside.

Then we took pictures of horses: 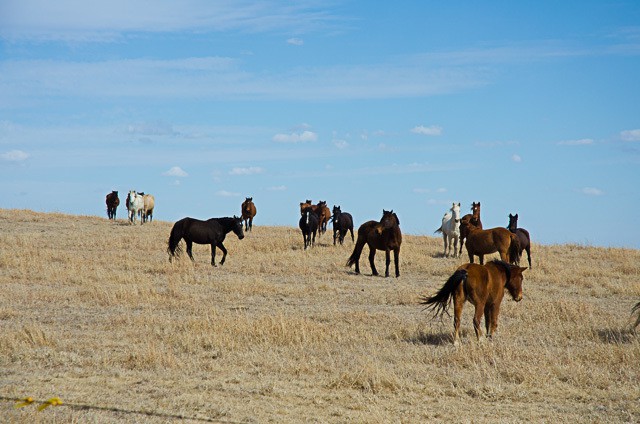 And that’s about it for the ranch!

Next Ree took us into town to show us this massive project she has taken on…the building! 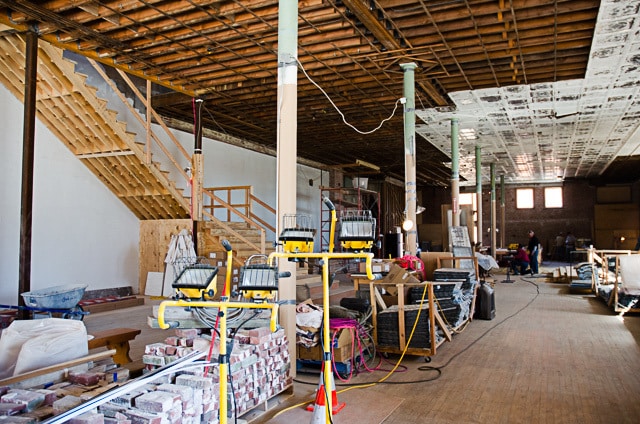 It was so awesome to see and hear about all the plans Ree has for this old, historic building. She’ll have a photography and work space, a deli, event space, and more! 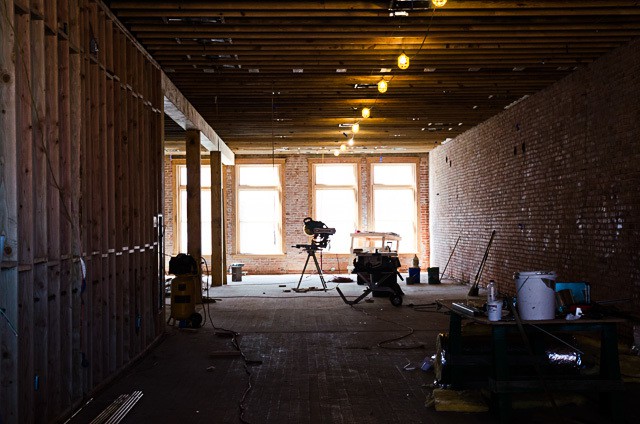 We went back to the ranch to have dinner, and then the power went out! It totally added to the adventure, if you ask me.

We woke up the next morning and I ate the greatest breakfast ever, an Oklahoma pan-fried porkchop, and a fried egg that looks like it has wings. The pork chop was breaded in flour and lawry’s seasoning (apparently that’s very “Oklahoma”) and fried in olive oil. I will definitely be making it in the future! 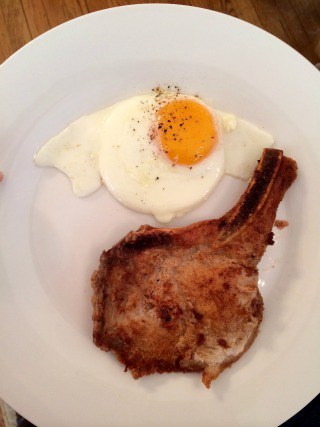 Then Ree brought over beloved Charlie. I think Julie was the most excited: 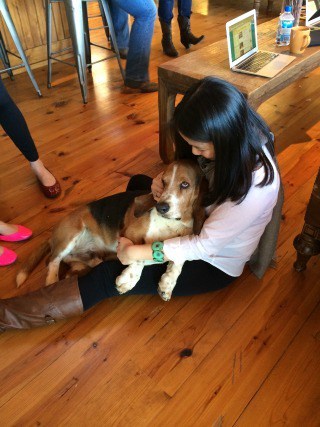 Charlie is such a heartbreaker. I will cherish our selfie forever: 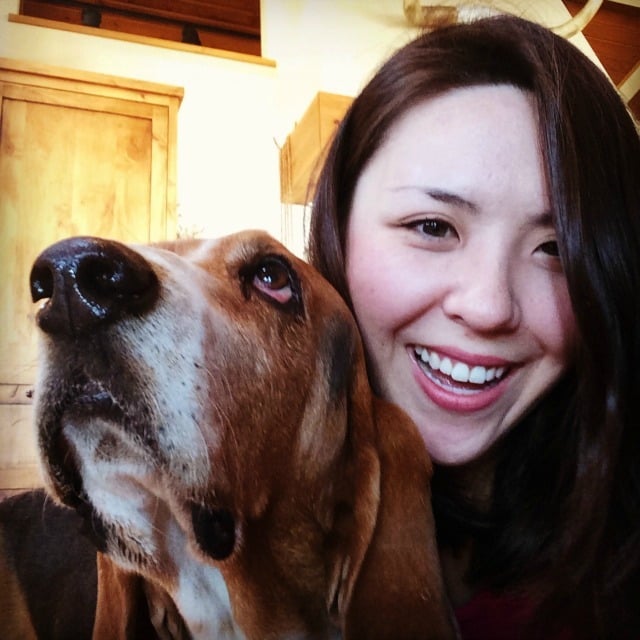 And that’s all I’ve got! You can read other recaps of the trip below, and I’ll have an ultimate Grilled Cheese recipe for you tomorrow!

Other recaps of the trip:
A Fun Day at the Lodge by Ree
A Trip to the Ranch with the Pioneer Woman and Land O’Lakes by Brenda

Disclosure: this is not a sponsored post, but I am working with Land O’Lakes Butter this year and they sponsored this trip. I’m just sharing photos and a recap with you because I want to.