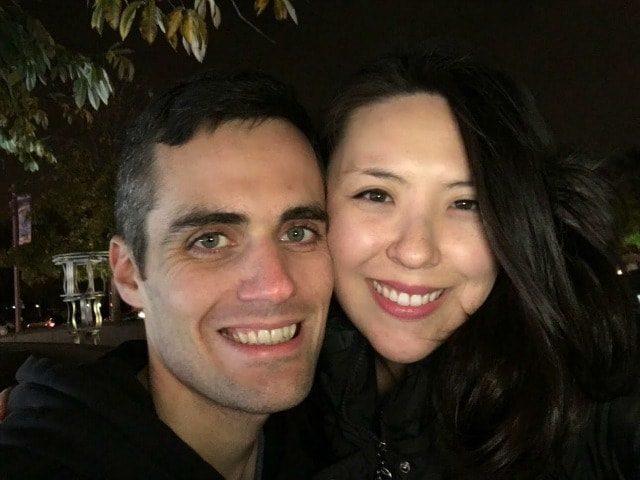 I’m so, so excited for 2016, and a huge part of it is this space here. I’ve got a lot of exciting plans and goals for Fifteen Spatulas that you’ll love too.

The way I want to start talking about new plans for the year is by first addressing the elephant in the room. I’ve been running this blog for over 5 years, and during the past year and a half or so, I haven’t been around as much, at least compared to my earlier blogging years when I was consistently blogging 3-5 times/week. There are a few major reasons why, and I feel ready to talk about it and put it behind me.


Some of you know this already, but 2014 was a horrendous year, where I spent most of it completely incapacitated through the height of a 2 year battle with a ruptured disk in my spine. When I finally could no longer function at a basic human level, nor could I sleep aside from passing out for half hour segments at random places in the house from exhaustion, I had emergency spine surgery in April of 2014. I spent six months recovering from my spine surgery (full recovery is 1 year) before I had a second horrific surgery at the end of November 2014, when I had a cancerous tumor removed along with the appendix it engulfed, and also had part of my colon resectioned because my tumor was attached to it.

The spine surgery was HARD. Bodies do not take well to chunks of spine cut out of them. But the 2nd surgery was a thousand times harder. I pray I will never ever have to go through anything like that again, because I truly don’t know how I made it out the other end. I think of the 8 days I spent in the hospital following the surgery, unable to eat or drink anything, on 8 kinds of drip antibiotics, with a massive hole in my stomach from the incision that would need to be cleaned and packed for the next two months, and this was only the tip of the iceberg in that recovery and the emotional aftermath of the biopsy.

I wrote about both of these surgeries on my blog when they were happening, but I wrote barely anything at all about them. Mainly because I couldn’t. I was too “in it.” Anyone who has been through severe health issues like this knows how unbelievably exhausting and draining it is. You are just trying to survive, and that’s the only and biggest job in the world when you’re in that state.

And then, there were literally people who would comment on my Youtube updates saying that I was lying about my health, because two surgeries so close together seemed awfully fishy. I can’t even begin to comment on that one. Mean and rude comments are a regular part of this internet life, but to be in the physical and emotional pain I was in and to share that with people, and for people to say things like that to me, it hurt. Things like that make you want to turn away.

Both of my surgeries were in 2014, but 2015 was a year of major recovery. My surgical wound closed up in January and I began to rehabilitate my body with the help of an incredible trainer. Physically I was on the mend but an emotionally difficult journey was just beginning. Before the surgery, several doctors said my tumor was almost certainly benign, but when they biopsied it, it turned out it was filled with a very rare type of cancer, and we knew it had previously spilled fluid into my abdomen. The next several months were filled with endless visits to cancer specialists, some recommending I do chemo, some recommending not.

(And as an update, I’m still being scanned every year for the next couple of years to make sure nothing new grows, but they expect I’m in the clear).

I’ve always been reluctant to write in-depth about these surgeries and experiences, I think mainly for my own sake. I always try to think on the positive side, because I think in the end that’s really important as a general attitude. And I am always worried about sounding whiny or like a victim. But I also don’t think I’ve let myself come to peace with how much these horrific health events had an impact on me, and also this space here.

As you might expect, Fifteen Spatulas suffered a lot. I lost a ton of momentum. I lost a lot of readers. I wasn’t posting as much, and I wasn’t really here. And even when I was posting, I’m sure people could tell that I wasn’t the same. Isn’t it funny how we can always tell those things? Even in writing.

I try very consciously not to blame myself for this diminished presence, but it was upsetting nonetheless. To suffer so much in my personal life because of my health, and to see my work and passion suffer too was really, really hard. To see people disappear was hard. And to be clear, I don’t blame them AT ALL for losing interest. I could not be here fully, and this site is 100% worked on by me.

2015 was filled with a lot of hardship, but a lot of wonderful and magical things happened too, and I don’t want to lose sight of those things. I grew big time as a person, I have learned a new level of taking care of myself, career-wise I got to be on the TODAY show and I signed with an incredible talent agent at ICM Partners, and perhaps most happy of all, I became pregnant with a baby boy in July. So much good has come in 2015 and I can finally say that I feel “normal” again.

While we never truly know what’s in store for us, I am extremely optimistic for 2016. So many good things are happening. I am overjoyed that my baby boy will be here in just a few months, and I’m incredibly grateful that my body has for the most part handled this pregnancy so well. I feel full of energy, and for several months now I have been buzzing with lots of new ideas, cooking up a storm, and feeling generally very cheery.

In about a week, I’ll be debuting a slight website redesign, and while recipes will still be the main focus (and always will be), I’ll be posting more about life, some about baby, and expanding my posts to other things that I love (for example, did you know I only have about 10 cookbooks on my shelf? They’re 10 books that I absolutely LOVE and I want to share them with you and tell you why I love them). I want to share more of myself with you again. I am SO ready to be here more, to the same level I was before my health struggles.

And the best part is, I think it’s actually time!!!!

It feels so good to say that and to truly feel it.

I hope this year is filled with wonderful, beautiful moments for all of us, and I want to thank you for being here. Seriously. Thank you for reading this, for witnessing me as I shared this, and for sharing in a love for food and cooking. I can’t tell you how grateful I am that you’re here. And I hope you continue to enjoy the recipes I share and find Fifteen Spatulas as a whole useful, entertaining, inspiring, or whatever reason you come here to this corner of the internet.

See you tomorrow for a new recipe!